"Langkawi must remain as an island and unsuitable to be turned into a land mass," he told reporters after presenting chocolates and cash to 120 orphans and special children at Masjid Istiqamah in Kuala Teriang here Sunday night.

Two companies based in Perlis had proposed building a 48km bridge linking Langkawi to Kuala Perlis on the mainland. 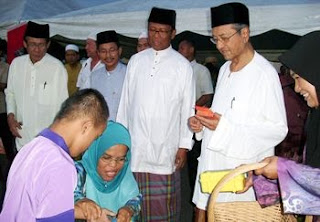 On another note, Tun Mahathir said he was disappointed that Muslims had become enemies just because they had different views.

He added as fellow Muslims they should not turn bitter enemies as it would divide and weaken them.

The former premier cautioned that this could result in Muslims losing power in their own land.