Guess what is coming our way?
"KD Tunku Abdul Rahman" (KD TAR), Malaysia's first Scorpene submarine is now in the Malacca Strait and sailing towards Port Klang for the official welcoming ceremony today. 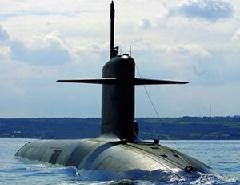 Scorpene is a conventional combat submarine, equipped with six torpedo tubes where guided missiles can be launched simultaneously. It can reach a speed up to 20 knots, has anti-aircraft missiles and anti-submarine torpedoes. It can submerge to a depth of up to 200m.
In 2002, two Scorpene-class submarines were purchased by Malaysia at the cost of RM3.4 billion. They were jointly designed and built by the French firm DCNS and Spain's Navantia. Both submarines are named after the country's first and second prime ministers.
The KD TAR is captained by Commander Zulhelmy Ithnain and along with him are 35 crew. The submarine will be displayed at the Langkawi International Maritime And Aerospace Exhibition 2009 (LIMA '09) on 1-5 December. 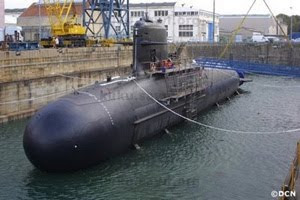 "KD Tun Razak", the country's second submarine will be commissioned in October 2009 and is expected to head home in January 2010 and to reach Malaysia two months later.

Malaysia Hotels Listing click here
Posted by roslankasim at 1:25 AM No comments:

The Langkawi International Maritime and Aerospace Exhibition ( LIMA)this year won’t just be for exhibitors from the marine and aerospace industries alone . The host of LIMA 2009 , Mahsuri International Exhibition & Convention Centre (MIEC) ,will be simultaneously running an expo strictly for Malaysians companies to promote Malaysian-made Products and services .
MIEC is currently planning nightly public concerts featuring pop acts and culture shows from the mainland to draw the crowds.
Interested : ..RM5000 will get your company a 20 X 20 foot tent plus many other amenities. 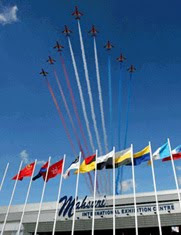