Richard Slinclair Jones from Peru and Noppakao Poonpat from Thailand won the men''s and women''s individual titles at the last championships in Brazil.
Noppakao is also the IODA Asia 2010 champion during the recent championships held in Langkawi.
Meanwhile, Malaysia''s hopes will be shouldered by Faizal Norizan, the individual event runner-up in Brazil, last year. 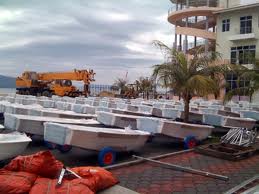 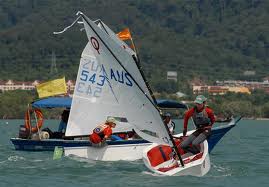 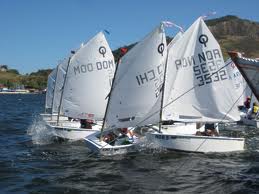 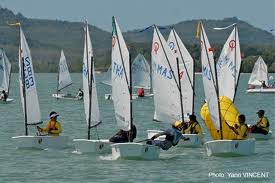 RM1b for Teluk Datai Langkawi project
LANGKAWI: State investment arm Khazanah Nasional Bhd, through its investee company, Teluk Datai Resorts Sdn Bhd (TDR), and partners are investing RM1 billion in the Teluk Datai master development plan that will be completed by 2014.
The five-year plan, which will see the expansion and upgrading of TDR's hotel and golf course as well as the construction of new hotels, was launched yesterday by Prime Minister Datuk Seri Najib Razak.
Najib said: "Based on the development plan for Teluk Datai, more jobs will be created for residents.
"This will increase the value of their assets and their quality of life.
Present were former prime minister Tun Dr Mahathir Mohamad and Khazanah managing director Tan Sri Azman Mokhtar.
Langkawi, with a population of about 99,000, was identified by Dr Mahathir as a tourist destination more than two decades ago. 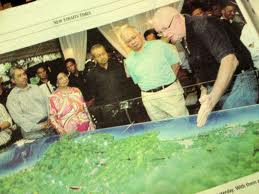 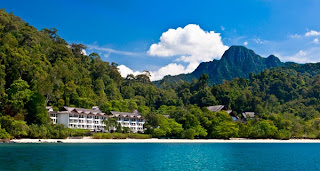 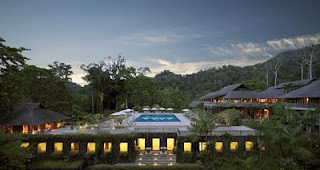 The Datai Langkawi
----------------------------------------------------------------------------------
TDR engaged Camco South East Asia Ltd (Camco SEA), in which Khazanah has a 5.3 per cent stake, to conduct a sustainability scoping study for the project.
Camco SEA, a green energy expert listed on the AIM London stock exchange, will also design a long-term strategy on rainforest conservation as well as explore opportunities for tie-ups with local partners to conserve land.
Khazanah, in July, acquired a 70 per cent stake in TDR, which owns The Datai Langkawi, The Golf Club and the 598ha at Teluk Datai.
The remaining 30 per cent is held by its founder, Tan Sri Razali Rahman, and Datuk Hassan Abas, through Archipelago Hotels (East) Sdn Bhd.
At the launch, TDR signed an agreement with Shangri-La Malaysia to set up a joint venture to develop the five-star resort. TDR will hold a 51 per cent stake in the company while Shangri-La Malaysia will hold the balance. Shangri-La International Hotel Management Ltd will manage the hotel.
Khazanah executive director (investment) Mohd Nadziruddin Mohd Basri said the development would create about 3,000 jobs.
He said the arrival of more tourists would create more jobs and opportunities for residents.
"We are positive about the project. The returns must be attractive for us to attract the private sector."
He said Khazanah was considering funding options for its investment, including equity partnership and bank borrowings.
Read more: RM1b for Teluk Datai project http://www.nst.com.my/nst/articles/4elang/Article/#ixzz18VqkolNI
2010/12/09
By Hamisah Hamid
hamisahhamid@nst.com.my
Posted by roslankasim at 4:46 PM No comments: 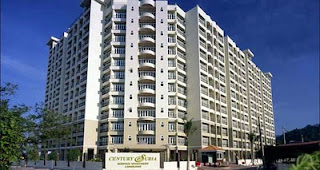 Come and experience the refreshingly exciting new lifestyle that offers affordable luxuries at Century Suria where excellent interior finishes equals the standards of a five star hotel but cost only a fraction of the price.

The premier serviced and comprehensive facilities. Just a stone throw from Langkawi Mall, it promise a host of yachting and cruising experiences for both the business travellers as well as being a perfect service suites
for the whole family.
Wherever work and leisure brings you to the island, we believe living well is the key to achieving a sense of well-being. We take pride in meeting your requests and needs. It is what makes the difference at Century Suria.

All standard Deluxe Service Suites in Century Suria has 3 bedrooms with fully fitted kitchen (inclusive of Washing Area with Washing Machine & Dryer), Dining area for 6 sittings & Living room. The size is from minimum 1200 square feet and above thus ideal for Family Outings.

The hotel itself, resting on the windswept seafront of the tropical paradise that is Langkawi, Malaysia, is a sight to behold. Its turrets and regal architecture is reminiscent of the grandeur of an English Tudor castle or French chateau. Everything else about the hotel, from the luxurious guestrooms to the faultless service, seems to have come from the pages of a fairytale book. 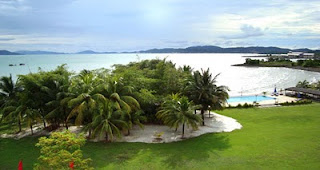 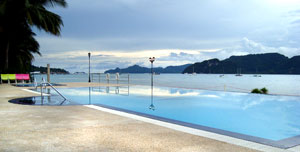 Stunning views, coupled with an orchestra of soft waves rushing to meet the shore, soothes the mind and helps relieve the body of tension. But the Bella Vista Langkawi doesn't leave anything to chance and has furnished its 225 luxurious guestrooms with modern amenities for those relaxing moments. After all, these moments are what great holidays, family vacations, and romantic getaways are made of.

Bella Vista Langkawi modern convention and banquet facilities, maintained by a professional and hospitable staff, have made it one of Langkawi's leading venues for social and corporate events. But even with this new reputation, the leisure needs of hotel guests remain a top priority. Hotel's other facilities and services continue to provide for these needs with the same excellent quality.

Bella Vista Langkawi Hotel
Posted by roslankasim at 2:01 AM No comments: 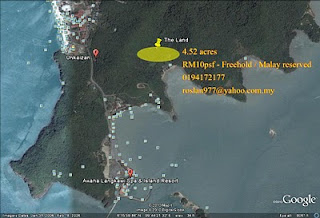 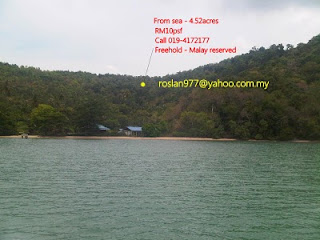 Posted by roslankasim at 6:03 AM No comments: 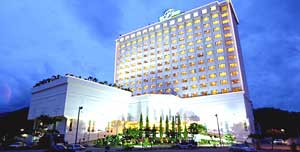 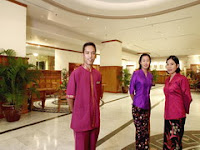 Travelers can seek total relaxation in cozy guestrooms and benefit from essential room facilities. Tourists visit Malaysia for its unique charms and popular attractions. Known as one of the popular tourist attractions of Malaysia, Langkawi permits voyagers to take pleasure in its famous venues and local food market. Staying at Bayview Hotel Langkawi can give you a comfort for your Langkawi holidays. As one of the popular 3 star hotels in Kuah Town area of Langkawi, Bayview Hotel Langkawi offers generous hotel rooms. 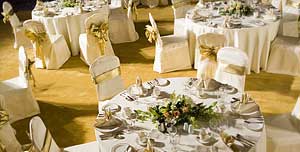 Bayview Hotel Langkawi
Posted by roslankasim at 3:28 AM No comments:

Stroll along its breezy boardwalk and discover the beauty of the sunset on the horizon of nearby islands.
Then retire into any of the 175 sea or lagoon facing rooms complete with king-sized or twin beds, colour TV, international direct dialing telephone, coffee / tea making facility and attached bathroom. 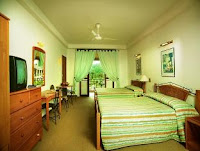 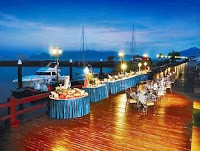 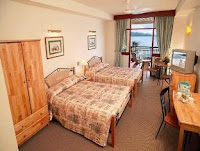 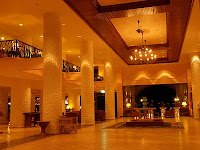 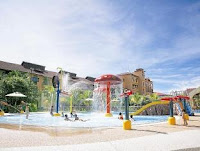 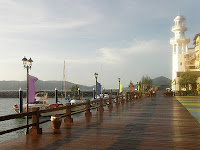 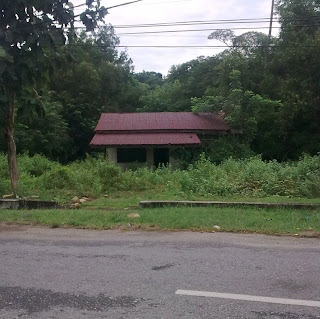 Malaysian Langkawi island
It is restaurant "the Laman Ria" in the rice museum at the Pelangi resort which is at the very front.

It is the one by one delicious meal of the pleasure of the travel !
While hearing the bleat of the little bird in the open terrace to feel
the wind which blows from the sea, please enjoy 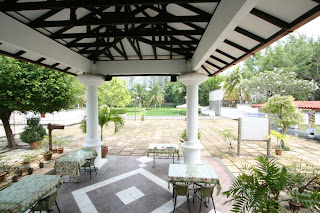 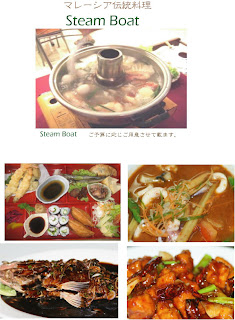