What is a Geopark ?

Any area could be designated as geopark if they possess several geoheritage features and outstanding geological landscape within which they form the nucleus for the development of local communities through conservation and ecotourism . Essentially ,a geopark should have components of conservation ,local community and ecotourism . In the geopark concept , local community is regarded as a central component of interaction between various elements within the environment and thus ,the geopark management authority should get them actively involved in managing geoheritage conservation and promoting sustainable geotourism .
Why Langkawi ? 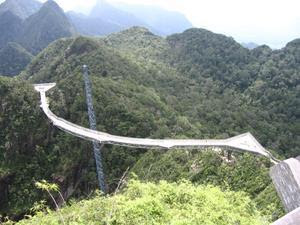 # A complete geological of history of the region ….cambrian 550 million years .
# Most complete study on geology …..complete geological records .
# Features the most beautiful heritage of geological ,karst,caves,sea-arches,stacks,glacial dropstines ,fossils .
# First time ever, a geopark encompass 99 islands in the sun .
# Include attractions in both geology biodiversity and culture heritage .
# Has long been a prominent tourist destination - domestic and international . 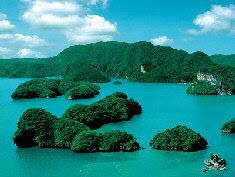 The above mentioned development concept does not seem to contradict with the present Langkawi development agenda ,particularly ,as Langkawi is geared toward daylight tourism as its trademark .In adopting this kind of nature tourism , Langkawi would create its own niche in this highly competitive industry instead of having to complete on the same basis with other neighboring tourist destinations such Phuket or Bali . 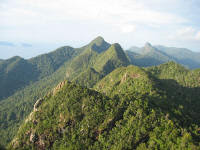 In order to sustain nature tourism ,Langkawi shall go along with various initiatives of nature conservation that has symbiotic kind of relationship with nature tourism .
A kind of integrative and more holistic concept such as that of geopark would definitely suit its necessity .At the same time ,eradicating poverty and improving the quality of life of the local community which is also the main concern for the Langkawi Development Authority and Langkawi District Council ,should be addressed .

These show that the present Langkawi development and the geopark agenda could very well work hand in hand as they could supplement one another very nicely .
For this matter ,the local community stands to better benefit from the inception of LANGKAWI AS A GEOPARK .

There are now already 50 geoparks listed under UNESCO .At the UNESCO 2nd Global Conference on Geopark in Belfast ,Northern Ireland (17-21 Sept 2006) .10 new world Geopark were added on to the list of UNESCO Network of Global Geoparks .The new-comers include six from China and one each from Brazil,Norway and Portugal .
The list of 50 Geopark by country region now stand as follows;
Europe – 30
China – 18
Brazil – 1
Iran - 1

Posted by roslankasim at 10:25 PM No comments: