LANGKAWI: Concerted efforts will be made to push this island in the sun into the top 10 list of best islands in the world.
Packaging the island as an eco-tourism spot that is not to be missed, the tourist-luring branding will be named “Naturally Langkawi”.
Prime Minister Datuk Seri Najib Tun Razak, when announcing the new branding, expressed hope that Langkawi's strength in eco-tourism would boost tourist arrivals to three million by 2015 as projected under the Langkawi Tourism Blueprint from 2011-2015.
~~~~~~~~~~~~~~~~~~~~~~~~~~~~~~~~~~~
VIDEO 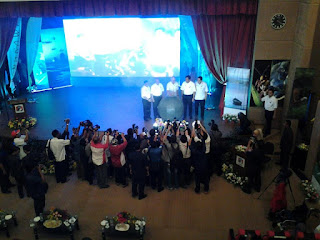 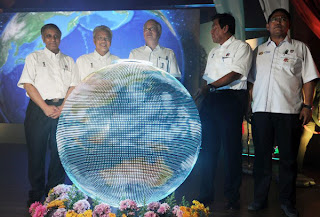 “However, we believe we can achieve the three million arrivals this year as I was told we are close to the number.
“We also hope to reach RM3.8bil in tourist receipts by 2015,” he said at the island yesterday.
In realising the tourism potential of the island, Najib said the Government had decided to fur- ther strengthen this by adopting 14 new “aggressive but realistic” initiatives.
“After the launch of the blueprint last year, we noticed an 11.9% increase in arrivals, the highest recorded since 2000. This has brought the occupancy rate of hotels up by 8.7%.
“Other projects suggested by the private sector are estimated to be at RM7.6bil,” he said.
He added that the island was a familiar destination for local and foreign tourists, with its 550 million-year-old old rock formations and 99 islands forming the Asean region's first Geo-park.

Posted by roslankasim at 6:46 PM No comments: