Be ‘fare’ to Langkawi residents - Nation | The Star Online

Deputy Prime Minister Tan Sri Muhyiddin Yassin  has ordered ferry operators to ensure Langkawi folk benefit from fare discounts every day.
He said the discounts which were announced in 2005 for Langkawi people was not fully implemented by the ferry operators.
It was reported that the discounts were not given during the weekend and public and school holidays.
“The Transport Ministry will take action against ferry operators if they fail to abide by this instruction,” he said in a press conference after opening the Langkawi Umno division delegates’ meeting here yesterday. 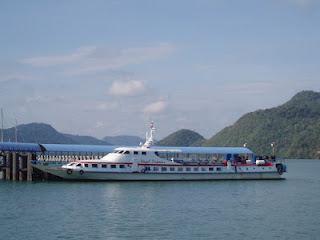 Posted by roslankasim at 5:41 AM No comments: