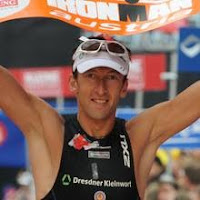 "This is my second Ironman Langkawi appearance after finishing as runner-up in 2003. Before coming here I had worked very hard and all the hard work has paid off," said Marino who was regarded as a champion only in cooler climates, especially in Europe.
Mckenzie, from Australia had taken a commanding lead after the swimming routine and was also leading in the 120km cycling routine when he decided to give up, apparently due to food poisoning.

Japanese ace Hiroyuki Nishiuchi clocked (8''50:52s for second place while Romain Guillaume of France was third with a time of 8''54:38 in the race that ended at Dataran Lang, Kuah Jetty, here. 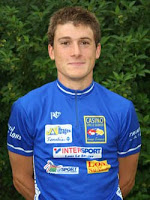 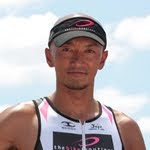 In the women's professional category, defending champion Belinda Granger from Australia, made it an unprecedented three titles in a row with a time of 9''23:33s though her winning time was slower than the 9''21:10s she set last year.
"During the swimming and cycling routines, I faced stiff competition but I was able to pull away during the run," said Granger. 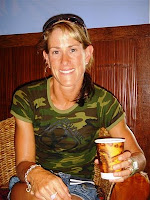 Her fellow countrywoman Edith Niederfriniger clocked 9''35:02s to take second place ahead of Hillary Biscay of the United States (10''10:59s) while Ariane Monticeli of Brazil finished fourth with a time of 10''15:17s.
Meanwhile, local ace Mohd Hafiz Wong who competed in the amateur category swept the men''s title with a time of 10''08:16.
Participants were required to complete three routines, comprising 3.8km (swimming), 180km (cycling) and 42km (run).
The Ironman challenge which offered US$50,000 (RM170,500) as total prize money, featured 690 triathletes from 41 countries. -- BERNAMA

list of Malaysia Hotels Directory : http://www.malaysiahotels-accomodations.com
Posted by roslankasim at 4:53 AM No comments: